NuFunk Concerts’ Bob Marley Birthday Tribute is the biggest and longest-running Bob Marley Tribute in Toronto, and one of the hottest local reggae concerts of the year! It showcases the best of Toronto’s reggae music scene while raising important food donations for the Parkdale Food Bank. This year Lazo & Exodus returns to the Tribute joined by up-and-coming Toronto band Reggaddiction and The Pressure Drop Selectas for a heartfelt tribute to reggae’s first international superstar, for a special celebration of what would have been Marley’s 78th birthday.

plus REGGADDICTION
& The Pressure Drop Selectas

NuFunk Concerts’ Bob Marley Birthday Tribute is the biggest and longest-running Bob Marley Tribute in Toronto, and one of the hottest local reggae concerts of the year! It showcases the very best of Toronto’s roots reggae music scene while raising vital food donations for the Parkdale Food Bank. This year, North America’s #1 Bob Marley Tribute band, Lazo & Exodus, are joined by up-and-coming Toronto band Reggaddiction and The Pressure Drop Selectas for our annual tribute to reggae’s first international superstar, for a special celebration of what would have been Marley’s 78th birthday.

Juno award-winning Lazo brings to the stage a roots rock reggae rousing performance that is sure to keep the audience rocking, grooving, and talking about their experience for weeks to come.

Arriving in Canada in the 80s Lazo continued following his dream of honing his craft as a prolific songwriter and multi-talented musician. He has produced several albums including “Impetus,” Juno nominated album “Something Real” and Juno award-winning album “Heart and Soul”. As a former member of the Wailers Band, he provides an outstanding Bob Marley tribute. Lazo is a Graduate of the University of Toronto where he studied Political Science and History. As a lifelong learner, he continues to focus his attention on world issues including the environment, pan-African concerns, and his philanthropic endeavors as well as agriculture and growing food insecurity.

Lazo tours tirelessly throughout the United States, Canada, and the Caribbean. In 2010, he toured the United States and South America with the world-renowned Wailers. The group was Bob Marley’s original backup band, featuring Aston “Family Man” Barrett on bass, and the legendary Keith Sterling on keys. The South American leg of the tour included African reggae star Alpha Blondy. Lazo is also known as the frontman for the Bob Marley Legend show produced by Craig Martin’s Classic Albums Live.

In early 2023 the band released “Ganja Harvest, a reggae interpretation of Neil Young’s definitive album “Harvest.”  The band’s live debut was in February 2019 opening for Sister Nancy and some of the largest shows in Canada have followed including headlining both the 2019 Beaches Jazz Festival at Woodbine Park with Otis Gayle, the 2019 Caribana launch party at Dundas Square with Carol Brown. Reggaddiction was also a featured performer at the 2021 Q107 Virtual Canada Day Picnic. CBC selected the band’s remix interpretation of “A Man Needs a Maid” featuring Jimmy Reid for national radio airplay on CBC Radio One and national airplay for additional singles from the “Ganja Harvest” album (A reggae tribute to Neil Young) have followed including “Harvest” on CBC’s Big City Small World.

With a stage filled with reggae riddims powered by a 10-piece band and three talented vocalists, Reggaddiction will take you back to the island. Expect a night when we can all come together, dance and rejoice, and live in a world of ONE LOVE!

Chuck Boom and Guv’nor General are the hosts of Pressure Drop, one of downtown Toronto’s longest running music nights, at which they play strictly vinyl selections of the finest Jamaican music dating from the 1960s to today. Pressure Drop selectors have opened for such top-drawer reggae acts such as Sister Nancy and Noel Ellis, and also been guests at such iconic Toronto parties as Footprints and Turning Point.

The Parkdale Community Food Bank is a grassroots organization, founded by volunteers in 2007 and serves 3,000 people each month. Located on Queen Street West in the heart of Parkdale, their philosophy reflects a strong commitment to a client-based model where respect, inclusion, and the dignity of their members are the first priority. The food bank uses a shopping system, as opposed to the more common hamper system to maximize selection and respect members’ various dietary needs. The Food Bank has only one employee and relies on 50 committed volunteers. With no direct funding from any level of government, The Parkdale Community Food Bank raises all of its funds independently and is dependent on donations from individuals and events like the annual Bob Marley Birthday Tribute.

A.Skillz is a true party rocker behind the turntables, captivating crowds withhis ability to embrace all aspects of music that he takes inspiration from andmash them up into a unique cocktail, infused with his own signature flavour of funk. With his DJ bookings taking him to the four corners of the world, he hasappeared on stages big and small and no matter what venue or style, healways brings the house down…

Having clocked upover six million plays on his Soundcloud page, hisrecordshave gained the support of the biggest names in the industry, from Jazzy Jeffto Pete Tong, Annie Mac to Zane Lowe, whilst his DJ mixes have won over anarmy of supporters and resulted in him being commissioned by Radio 1 to puttogether a specialDJ mix for their Beatles tribute night, that even had PaulMcCartney tapping his feet. His James Bond mini mix is the only ever mix tobe played on every daytime show on Radio 1 in the UK, whilst his productionshave appeared in films, TV adverts and many a computer game.

His label Jam City has released, alongside his own work, tracks from the likesof DJ Yoda, Doorly, the Cuban Brothers, Afrika Bambaataa, Jungle Brothers, Nightmares on Wax, Mica Paris to name just a few, whilst his productions have seen him collaborate with a selection of some of the industry’s finestincluding; Kurtis Blow, Dr Luke, Nasa, Krafty Kuts, DJ Numark, Beardyman,Nick Thayer and Z trip.

Scratch, is a world-famous beatboxer and hip-hop phenomenon. Scratch is one of the most diverse producers, entertainers, and of course, beatboxers in the world. Scratch is a seven-time nominee and two-time Grammy Award winner with a successful career as part of the Legendary Roots Crew. He has performed on stage with icons Jay Z, Kanye West, and Musiq just to name a few artist collaborations. His projects have sold over 35 million worldwide.

Scratch’s beatboxing talent will have everyone wondering how can one create so many sounds vocally and manage a loop station. Scratch has the ability to create everything from crisp scratches, lush bass, and melodic synth sounds by layering different vocal effects on top of each other for each track. In other words, Scratch is a one-man vocal DJ ready to rock any party. Scratch’s talent is unique and appeals to grown folks, music lovers, hardcore hip hopheads, and ultra-cool hipsters. This philosophy is what raises the bar to new heights for beatboxing.

It’s much more than the early days when beatboxing was a highlight or a small component of rap music. With relevant songs on the top 40 charts, Scratch has been able to mimic and complete his own rendition of your favorite songs! Making him your DJ’s favorite DJ but later realizing it’s a beatboxer.

Founded in 2005 by Bryan “Farbsie” & Jay “NuFunk”, The Make it Funky Collective set out to create a semi-monthly party series to explore a global phenomenon of turntablism, mash-ups & the funkier side of all things breakbeat.  Over the past 15 years Make it Funky has brought together cutting-edge DJ & live line-ups for an inclusive, positive, fun vibe.  Make it Funky’s mission has always been hell-bent on bringing the best of funk, breaks, hip hop, and beat-driven live music to the masses. Just a few of Make It Funky’s many highlights over the past 10 years include sold-out shows with DubFX, Beardyman, Grandmaster Flash, Afrika Bambaataa, Z-Trip, Breakestra, Krafty Kuts, A.Skillz, Lee Fields & The Expressions, The Herbaliser, Fort Knox Five, Mat the Alien, DJ NuMark (of Jurrasic 5), Ursula 1000, DJ Swamp (Beck’s DJ), Tittsworth and DJ QBert and so many more…  In addition to globetrotting DJs, the series has hosted Canada’s top bands and DJs including Five Alarm Funk, God Made Me Funky, Soul Motivators, KC Roberts & The Live Revolution, King Sunshine, Skratch Bastid, DJ Stickybuds, The Funk Hunters, Marcus Visionary, Marty McFly and more. 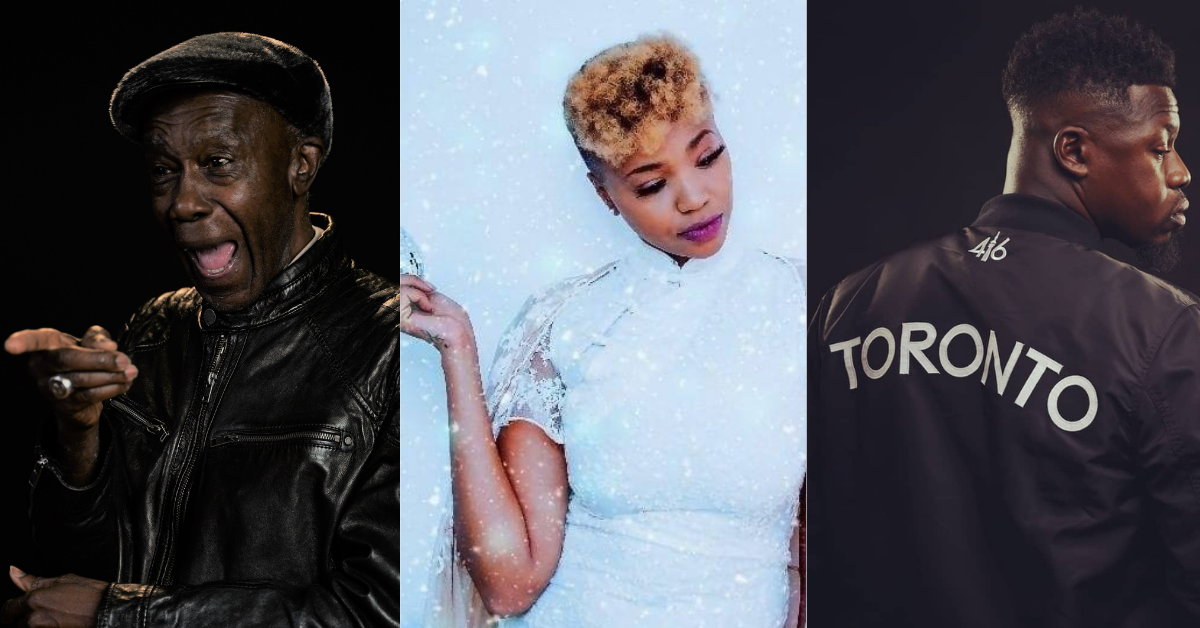 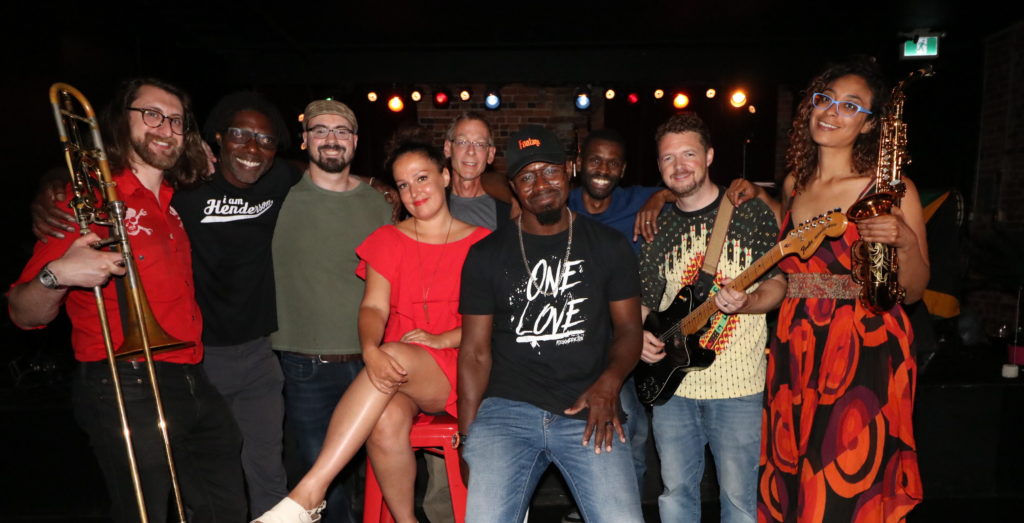